NIS America has announced that Ys IX: Monstrum Nox will be released for Nintendo Switch and PlayStation 4 internationally in 2021.

Announced during the New Game Plus Expo, Ys IX: Monstrum Nox was originally released in Japan for the PlayStation 4 last year. NIS America has now confirmed that the game will come to PlayStation 4 and Nintendo Switch, with both versions launching in Europe and North America in 2021.

Ys IX: Monstrum Nox follows the story of Adol Christin and his companion Cogi in the city of Balduq, where Adol has been imprisoned and turned into a Monstrum - a being with the power to exorcise monsters. His task is to seek out a dimension called the Grimwald Nox and find the secret of the Monstrum curse. 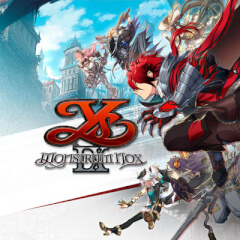