Square Enix has announced the return of the Valkyrie Profile series with Valkyrie Elysium, launching for PlayStation consoles later this year.

Revealed during Sony's latest State of Play presentation, Valkyrie Elysium marks the long-awaited return of the Valkyrie Profile series, well-known for the use of Norse mythology in its storytelling. The same is true of this latest entry, which Square Enix says features a new story "set in a world on the brink of destruction" and filled with fast-paced action combat.

The debut trailer introduces players to the game's protagonist - a young Valkyrie entrusted with the fate of the world by the All-Father - and tasked with preventing Ragnarok. The game features music from series composer Motoi Sakuraba and character designs by Yuya Nagai of CyDesignation. 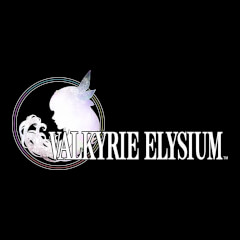