Triangle Strategy to launch for Nintendo Switch in March

Triangle Strategy, the latest HD-2D title from Square Enix, has been given a release date of 4 March 2022.

A new trailer for Triangle Strategy (which has now dropped the "Project" from the start of its name, much like Octopath Traveler before it) was included in the latest Nintendo Direct, and included plenty of gameplay, showing off several changes from the demo released in February this year.

Following feedback from people who played the demo, Square Enix have made a large number of changes, including to the difficulty, camera, visuals, conversation history, and more besides. 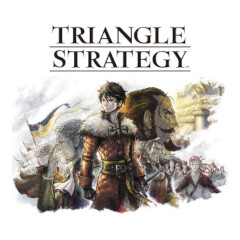