Ahead of the upcoming Ubisoft Forward presentation, which airs on 12 June at 12:00 PT (20:00 UK), Ubisoft has announced that Tom Clancy's Rainbow Six Extraction will be fully revealed during the show.

Formerly titled Rainbow Six Quarantine, the game was previously announced for a release on platforms including PlayStation 4 and PlayStation 5 when it was first unveiled at E3 2019. Nothing more has since been revealed, but with E3 2021 now days away - and with Ubisoft Forward forming part of E3's official offerings - a new look at the game is in sight.

A teaser trailer has also been released, which can be viewed above. 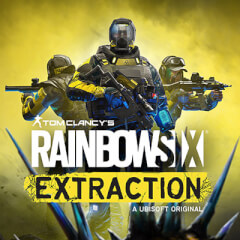