ATLUS has confirmed that Persona 3 Portable, Persona 4 Golden, and Persona 5 Royal will all be coming to PlayStation systems in the future.

It was confirmed during the Xbox and Bethesda showcase earlier this week that the three games would be coming to Xbox and Xbox Game Pass in the future; however, there was no word on whether other systems would be included, as is usually the case with system-specific showcases.

Now, ATLUS has confirmed that Persona 3 Portable and Persona 4 Golden - both slated for a 2023 release - will also be making their way to PlayStation 4. Meanwhile, Persona 5 Royal will launch for PlayStation 5 on 21 October, the same day as its Xbox release.

Persona 5 Royal will include all of the DLC originally released for the base game, while Persona 3 Portable and Persona 4 Royal will be available in additional languages for the first time, as both will include French, Spanish, Italian, and German translations. 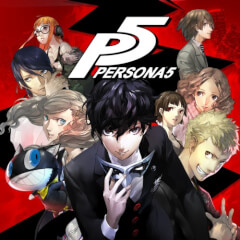