The Witcher 3: Wild Hunt - Complete Edition has been announced for PlayStation 5, with owners of the PS4 game getting a free upgrade.

It's been a very busy couple of years for The Witcher, with its Complete Edition landing on Nintendo Switch to much acclaim and a popular Netflix series seeing a boost in sales of The Witcher 3 on all platforms. With new systems around the corner, CD Projekt Red has now confirmed a 'next-gen' version of the game.

The next-gen version of The Witcher 3: Wild Hunt - Complete Edition will launch for PlayStation 5, as well as Xbox Series X and PC, in 2021 and will feature faster loading times and ray tracing among other improvements and enhancements.

Owners of the PlayStation 4, Xbox One, or current PC versions of the game will receive a free upgrade to their respective next-gen versions upon launch. It's unclear which versions this includes - the base version and a Game of the Year edition are both available on PS4, for example - but this is likely to be cleared up before launch. 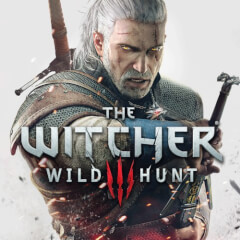