Super Mario 3D World + Bowser's Fury, an enhanced version of the Wii U original, has been announced for Nintendo Switch with a February 2021 release date.

Announced during the Super Mario Bros. 35th Anniversary Direct which dropped earlier today, this new version of the Wii U platformer, adds a number of new features, including online multiplayer and a "Bowser's Fury" story, with more details to be shared later. It launches on 12 February 2021 physically and digitally, and is available for pre-order on Nintendo eShop now.

Launching on the same day are new Cat Mario and Cat Peach amiibo, available separately in North America or as a double pack in Europe. These will presumably be compatible with the game, but details have yet to be shared. 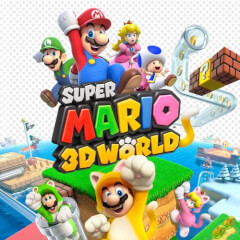