Stranger of Paradise: Final Fantasy Origin to launch in March

The release date for Stranger of Paradise: Final Fantasy Origin has been confirmed, along with a second pre-release trial.

Square Enix revealed during their Tokyo Game Show event that the upcoming action-RPG, Stranger of Paradise: Final Fantasy Origin - which is being developed alongside Koei Tecmo - will launch on 18 March 2022 for systems including PlayStation 5 and PlayStation 4.

A new trailer for the game, which introduces several new characters and includes some gameplay footage, has also been released. It includes a new character, Neon, who joins Jack, Ash, and Jed on their journey to defeat Chaos and find out if they are the Warriors of Light of legends.

PlayStation 5 and Xbox owners can also download Trial Version 2, an expansion of the game's first trial, which originally launched in June around the time of the game's E3 announcement. This new trial version also includes multiplayer functionality, alongside other new additions. 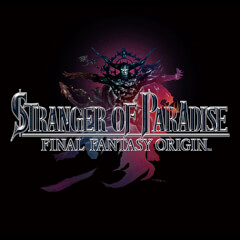