Shin Megami Tensei V has been given a 12 November release date on Nintendo Switch.

Revealed as part of the Nintendo Direct at E3 2021, the new trailer for Shin Megami Tensei V revealed new information about the game's story and setting, and the 12 November release date. Physical pre-orders open later this month.

More information about the game from Nintendo's description:

Shin Megami Tensei V: In the latest entry of the acclaimed Shin Megami Tensei RPG series, play as a high school student who must harness newfound powers to fight through a demon-infested wasteland using a command-based system, where finding your enemy’s weak points is key to executing powerful combos. Though demons are formidable opponents, some can be worthy allies and recruited via negotiations to fight alongside you in a dying world. How will your destiny unfold? Find out when Shin Megami Tensei V launches exclusively for Nintendo Switch on Nov. 12. Physical pre-orders start June 21. 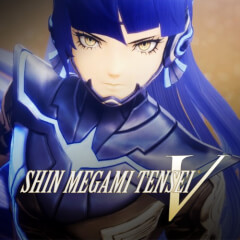