Humankind, the turn-based historical strategy from SEGA and Amplitude Studios, is making its way to consoles in November.

Humankind launched for PC in August 2021, and it was announced during the live Summer Game Fest event that the game is making its way to consoles - including PS4 and PS5 - on 4 November this year. Its second DLC pack, Cultures of Latin America, was also announced for owners of the PC version and is now available. 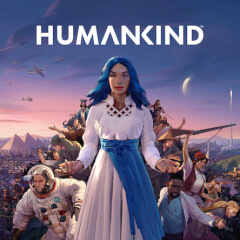