Sackboy post-launch update to add online play and save transfers

Sackboy: A Big Adventure will now receive online play, including cross-platform play, and save data transfers later in the year in a post-launch patch.

Originally due to be included in the game at launch, Sumo Digital's Ned Waterhouse has announced in a blog post that its online multiplayer will now be added in a patch later in 2020. This will also include the ability for PS4 and PS5 owners to play together.

Sackboy: A Big Adventure launches for PS4 and PS5 on 12 November. 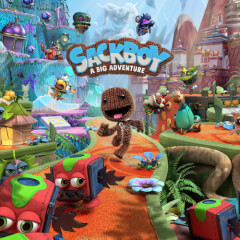