Puyo Puyo Tetris 2 has been announced and will launch in December for platforms including Nintendo Switch, PlayStation 4, and PlayStation 5.

The game features all of the modes from the original Puyo Puyo Tetris - which launched for Switch and PS4 in April 2017 - as well as a new character-focused Skill Battle mode and a story-based Adventure mode. Online play will also be expanded with the inclusion of a spectator mode. 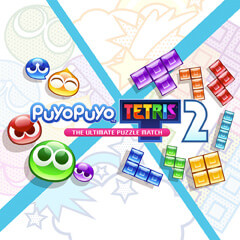