Overcooked! 2 to receive free Sun's Out Buns Out summer DLC

Launching for PC players on 5 July, and for console players later in the month, Sun's Out Buns Out includes two new canine chefs, two new summer dishes, five new levels, and new hazards including fireworks and confetti. It also features the sauce dispensers from the Carnival of Chaos DLC.

The debut trailer for the DLC package can be watched above. 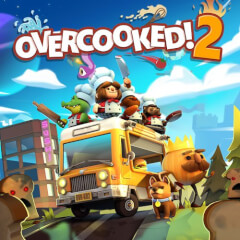