Octopath Traveler II has been announced for systems including Nintendo Switch, and launches worldwide in February.

Announced during September's Nintendo Direct, Octopath Traveler II features a new line-up of eight new playable characters, each with their own story to venture through. This time around, different path actions will be available at day and night, mixing up the story and action even further.

Square Enix has also confirmed PS5 and PS4 versions of the game will launch alongside the Switch version. 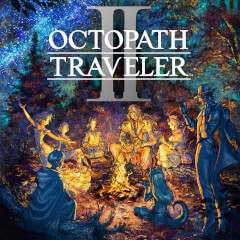