Nintendo Switch Sports, the newest title in the Wii Sports series, has been announced and will be released on 29 April.

The physical version of the game will include a Leg Strap accessory for the Joy-Con, which will be supported in the Soccer Shoot-Out mode, as well as in other Soccer modes following a free update in the summer. The accessory will also be available separately. A further free update, in the autumn, will add Golf as a new sport.

Ahead of launch, a free Online Play Test will take place across the weekend of 18-20 February, allowing Nintendo Switch Online members to try out random matches in Bowling, Tennis, and Chambara. Registration for the test opens on 15 February. 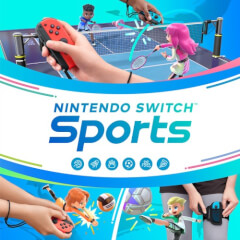