With pre-orders for Ninja Gaiden: Master Collection going live on some storefronts, Koei Tecmo has revealed the game's Digital Deluxe Edition and its contents. Fans who pick up this version will receive a 70-page digital art book alongside a soundtrack with more than 180 music tracks.

Pre-order bonuses have also been revealed, and the PlayStation 4 version will include a theme and five avatars upon pre-order. The Nintendo Switch version has yet to go live, and its pre-order bonuses have yet to be announced, but Koei Tecmo says these will be revealed in the near future. 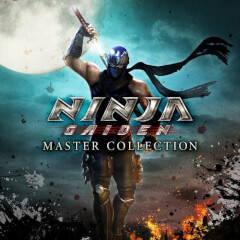