More will be revealed ahead of Sunbreak's release, currently planned for summer 2022. 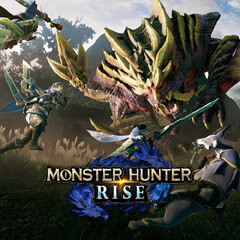