Black Panther: War for Wakanda, the third free content expansion for Marvel's Avengers, will launch on all platforms on 17 August.

Black Panther: War for Wakanda is a free expansion for Marvel's Avengers and focuses in on King T'Challa, the Black Panther and ruler of Wakanda. It will allows players to explore the world of Wakanda and new areas such as the Royal Palace and Wakandan War Room, while introducing new enemies, including Klaw.

It will launch as a free update to Marvel's Avengers on 17 August. Ahead of its release, the development team at Crystal Dynamics willl host a new War Table stream at twitch.tv/crystaldynamics on 16 August at 10:00 PT. 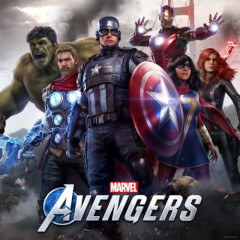