The remaining three boards in Mario Party Superstars, as well as new info on its game modes, have been revealed.

A new minigame mode called Mt. Minigames was also revealed, which features a competitive Survival course and a cooperative Tag Match course, among others. In all, the game features 100 minigames from previous entries in the series. 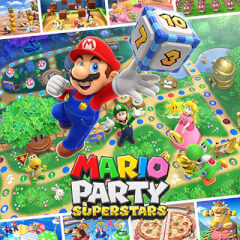