48 courses from across the Mario Kart series are coming to Mario Kart 8 Deluxe as part of the massive Booster Course Pass, starting next month.

Announced during the latest Nintendo Direct, the Mario Kart 8 Deluxe - Booster Course Pass comes almost five years since the game's release, and will eventually add a staggering 48 remastered tracks to the game across 12 cups, effectively doubling its base content. Each wave includes 8 courses in 2 cups, and the first launches on 18 March, with the rest coming before the end of 2023.

The pass can be purchased for £22.49 / $24.99, but anyone with a Nintendo Switch Online + Expansion Pack subscription will be able to access all of the content without paying extra as long as their subscription remains active. 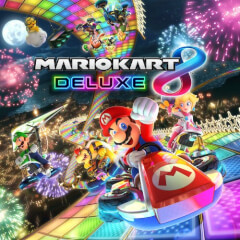