A new 'deep dive' video for Life is Strange: True Colors has showcased new gameplay and revealed further details about the game.

Shown during the Square Enix Presents summer showcase, the new Life is Strange: True Colors trailer delved deeper into the powers of protagonist Alex Chen, who is able to see people's emotions in the form of an aura, and who is suspicious about her brother's death in his home of Haven Springs.

Characters with particularly strong emotions will give off a type of aura called a nova, which will perceptively change the world around them, sometimes putting Alex in danger if the emotion is too strong. 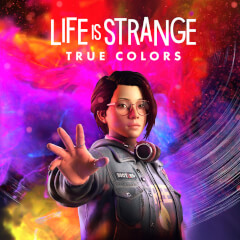