Wii title Kirby's Return to Dream Land is getting a Nintendo Switch remake, launching in February 2023.

The remake introduces the new Mecha copy ability, as well as including four-player multiplayer on the same Nintendo Switch system. Minigames also make their return to the series - some are new, such as Magolor's Tome Trackers, while returning games include Samurai Kirby. 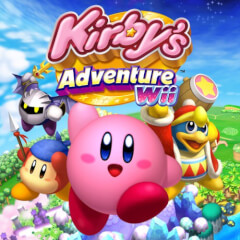