After more than 20 years at SEGA, in key roles such as Chief Creative Officer and more recently Creative Director, Toshihiro Nagoshi has stepped down from his role of General Director at Ryu Ga Gotoku Studio and is leaving parent company SEGA as well.

Similarly, Daisuke Sato - who has been in charge of RGG Studio for nine years - is also leaving both the studio and SEGA as a whole. In his statement, Sato said he looks forward to supporting RGG Studio "as a fan" in the future.

In a statement, the Director and Executive Producer of RGG Studio, Masayoshi Yokoyama, said he was "inheriting the studio from a great creator" and that the studio was embarking on a new journey. He also confirmed that the studio is currently developing a sequel to Yakuza: Like a Dragon, which will continue the story of lead character Ochiban Kasuga.

Shown in the above image, from left to right, are: 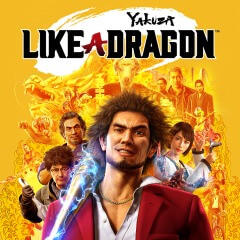