Bandai Namco has revealed that Jump Force Deluxe Edition for Nintendo Switch will launch in Europe and North America on 28 August.

Following its PlayStation 4 release last year, Jump Force is making its way to Nintendo Switch with more than 50 playable characters from 16 Weekly Shonen Jump franchises, including characters released after launch through the Character Pass 1 DLC.

Players will be able to battle online and offline via local play, with a new 3-against-3 mode exclusive to the Switch version allowing up to six people to play in a single fight. A new trailer has been released to celebrate the launch date announcement and can be watched above. 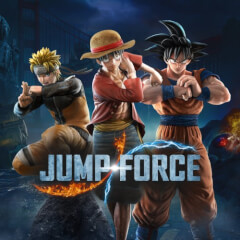