Bandai Namco has announced that .hack//G.U. Last Recode, a collection of remastered .hack//G.U. titles, will be released for Nintendo Switch in March.

.hack//G.U. Last Recode was originally released for PlayStation 4 in 2017, as the first games in the .hack//G.U. series to be released outside of Japan. It includes all three volumes of the series - Rebirth, Reminisce, and Redemption - which were released for the PS2 in Japan, as well as a new, fourth volume, Reconnection, to conclude the story.

Its release marks the first time a .hack series game has been announced for a Nintendo system.

Fans in the United States can pre-order the physical Begins Edition bundle, which contains a physical copy of the game, a soundtrack CD, and a 192-page manga and art concept book. 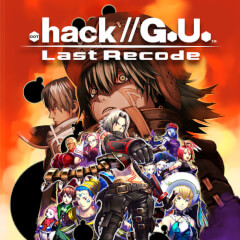