Grafaiai, the Toxic Monkey Pokémon, is the latest new Pokémon from Pokémon Scarlet and Violet to be revealed.

Grafaiai has been teased for a few days now over on Pokémon's Twitter account, and a pair of new videos have officially revealed the Pokémon and the first details about it. The above video shows it in the wild in-game, while another video more creatively introduces it from the perspective of a photographer in the Paldea region.

Grafaiai is described as "a moody Pokémon with a fastidious disposition" that uses poisonous saliva to attack its enemies; the saliva changes colour depending on what it has eaten. It is a Poison/Normal Pokémon with access to the abilities Unburden and Poison Touch.

Pokémon Scarlet and Violet launch for Nintendo Switch on 18 November. 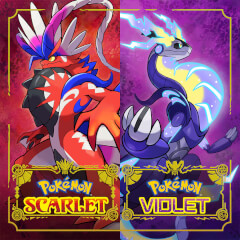