Square Enix has released a new trailer for Forspoken, showcasing new enemies and gameplay in the open-world setting of Athia.

Earlier this week, Square Enix announced that Forspoken had been delayed from 24 May to 11 October, but that hasn't stopped them from releasing a new gameplay trailer as part of Sony's latest State of Play presentation. The trailer is available to watch above.

The new trailer includes a look at a variety of enemies that inhabit the world of Athia, as well as protagonist Frey Holland's magical abilities, with powers such as Storm Dart and Eagre. It also shows the effects of the Break, a miasma that corrupts anything it touches and is ravaging Athia.

Square Enix also confirmed that the Digital Deluxe Edition will include Forspoken: In Tanta We Trust, a prequel story DLC that will launch in the spring of 2023 and will also be available separately.

Forspoken launches for PlayStation 5 on 11 October. 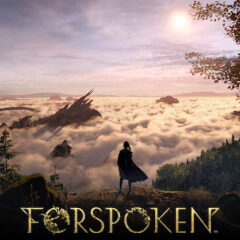