A free demo of Fire Emblem Warriors: Three Hopes has been made available on Nintendo eShop, ahead of its launch later this month.

Players who download the free demo on Nintendo Switch will be able to sample the game's action in both single-player and local two-player multiplayer, with the option to carry over progress to the full game also available after completing the demo.

In the demo, players will assume the role of a mercenary defeated by the dangerous Ashen Demon, who then seeks to join one of three armies led by Claude, Dimitri, and Edelgard, the leaders of the three houses of Garreg Mach Monastery. The demo includes the first three chapters of the game. 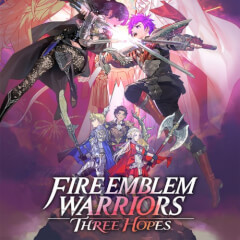