The compilation includes a number of added features including a retro Game Boy-style display option, the ability to speed up gameplay, adjustable screen magnifying, and new music and illustrations to celebrate the 30th anniversary of the SaGa series.

Collection of SaGa Final Fantasy Legend launches on 15 December, and is now available to pre-purchase on Nintendo eShop for £14.99 in the UK or $19.99 in the US. 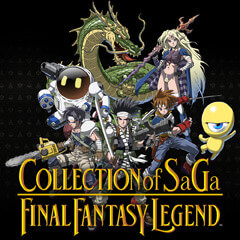