Fatal Frame: Maiden of Black Water to launch in October

Fatal Frame: Maiden of Black Water will launch on current-generation platforms on 28 October, with a digital deluxe edition also revealed.

Just in time for spooky season, Fatal Frame: Maiden of Black Water will launch on systems including Nintendo Switch, PlayStation 4, and PlayStation 5 on 28 October in Europe and North America. A new trailer showcasing some of the game's features and gameplay has been released to celebrate the announcement.

Alongside the standalone game - which will be available digitally - a special Digital Deluxe Edition will be released, including a digital artbook and six costumes inspired by previous Fatal Frame characters. Additionally, players who pre-order the game or buy it within 2 weeks of release will receive a special Ryza costume, based on Ryza's outfit from the Atelier Ryza game. 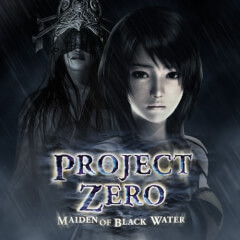