BlazBlue fans will be able to fight in the guise of their favourite fighters, thanks to the latest DLC costumes for Fallen Legion: Revenants.

NIS America has released a new trailer to celebrate the DLC release, which consists of 12 Exemplar BlazBlue costumes as part of the Cosmetic Bundle. It allows players to style their Exemplars as BlazBlue characters such as Jin Kisaragi and Ranga the Bloodblade.

Also available now is a free Japanese Voice Bundle pack, which players can download to enable them to switch the in-game voices over to Japanese. This is available as a free DLC. 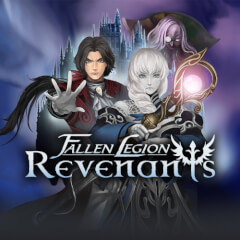