F-Zero X is the next title to join the Nintendo 64 library of Nintendo Switch Online games, and is coming to the service on Friday.

F-Zero X launched for the Nintendo 64 in 1998, building on the success of F-Zero for the SNES. It included an expanded roster of 30 racers and vehicles, and a total of 24 tracks. Fans will be able to rediscover the game - or discover it for the first time - when it joins the Nintendo 64 selection of games on 11 March.

Nintendo 64 (and SEGA Mega Drive / Genesis) games are available to players with the Nintendo Switch Online + Expansion Pack subscription, which also includes the Animal Crossing: Happy Home Paradise expansion and the Mario Kart 8 Deluxe: Booster Course Pass at no extra cost. Coincidentally, pre-loads for the Booster Course Pass also begin on 11 March, ahead of its release on 18 March. 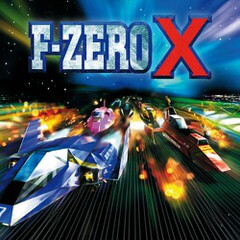