Amplitude Studios has revealed the first gameplay from Endless Dungeon, which launches in 2022.

Revealed as part of the Summer Game Fest launch show,  SEGA and Amplitude Studios revealed the first gameplay trailer for Endless Dungeon, a roguelite set in the Endless universe. The game leaves players shipwrecked on an unknown space station, left to fend against hordes of monsters.

The gameplay trailer can be watched above. 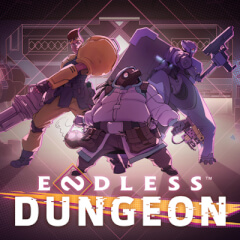