Dragon Quest XII has been announced as part of a Dragon Quest 35th anniversary event, and will be one of the series' first titles to receive a simultaneous global release.

2017's Dragon Quest XI: Echoes of an Elusive Age was one of the series' most successful titles - it and its Definitive Edition re-release have garnered nearly 7 million sales between them - and Square Enix has now announced the long-awaited follow-up.

Dragon Quest XII: The Flames of Fate - as it'll be known in Japan - has been described (via Gematsu) as a Dragon Quest game with darker and more mature themes, with players having to make important decisions through the course of the story. Battles will also be revamped, while still being familiar to fans of the series.

No release date or platforms have been announced for the game, which is being developed with Unreal Engine 5; however, it is one of three Dragon Quest games Square Enix has confirmed will launch at the same time around the world, meaning no more lengthy delays between Japanese and international releases. 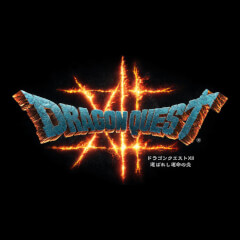