Doom Eternal and The Elder Scrolls Online will launch for PlayStation 5 in the future, with owners of the PS4 versions benefitting from free upgrades.

While release timing hasn't been mentioned, Bethesda has confirmed that PlayStation 5 versions of Doom Eternal and The Elder Scrolls Online are in development, and players who own either of the games on PlayStation 4 will be able to upgrade to the next-generation version for free. Additionally, the team is working to make sure the PS4 versions of the games will be compatible with PS5 at launch.

Bethesda has also confirmed that it will offer free upgrades of any other titles it ports from PS4 to PS5 in the future, and that more information about the two aforementioned titles will be available in the coming weeks, including a list of enhancements and planned release timing. 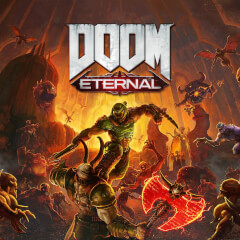