Diablo II: Resurrected has been given a release date of 23 September on platforms including Nintendo Switch and PlayStation.

Diablo II: Resurrected is a fully remastered package containing the original Diablo II - which launched for PC in 2000 - and its Lord of Destruction expansion. While making its return to PC, the game is also landing on consoles for the first time, including Nintendo Switch, PlayStation 5, and PlayStation 4.

The remaster includes 4K visuals and 7.1 Dolby Surround on supported platforms, as well as almost half an hour of faithfully reproduced cinematics - and even the ability to swap to 800x600 resolution to imitate the original experience.

An open multiplayer beta will be available in August on some platforms and will feature five of the game's seven character classes to try out. Players with a Battle.net account will also be able to make use of cross-progression across platforms.

Diablo II: Resurrected launches on 23 September as a standalone title and as part of the Diablo Prime Evil Collection, which also includes Diablo III: Eternal Collection. 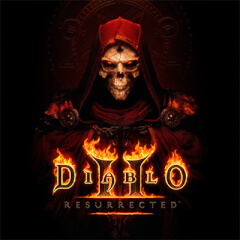