Square Enix is bringing a range of Kingdom Hearts titles to Nintendo Switch via cloud streaming.

During today's last ever Super Smash Bros. Ultimate presentation - during which Kingdom Hearts protagonist Sora was revealed as the game's final DLC fighter - it was also revealed that a multitude of Kingdom Hearts games will be coming to Nintendo Switch in the future, via cloud streaming. This means that the games are streamed over an internet connection, rather than being run natively on the Switch.

The three compilations, and the games they include, are:

The three will be available to purchase individually, or as a single collection titled "Kingdom Hearts Integrum Masterpiece for Cloud" from Nintendo eShop. The release dates for these titles have yet to be announced. 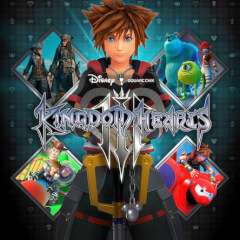