Bayonetta 3 to launch worldwide on 28 October

Bayonetta 3 will launch for Nintendo Switch worldwide on 28 October, with brand-new details about the game also revealed.

Nintendo is filling up the latter half of 2022 nicely, with Bayonetta 3 the latest major title to receive its release date. The game will be available digitally and at retail - including as part of a limited-edition bundle - on 28 October.

Bayonetta 3 will see the titular Umbra Witch joining forces with familiar allies including Jeanne, Rodin, Enzo, and Luka as well as new faces including the witch Viola, a playable character. Multiple other Bayonettas will also appear throughout the story, though how they are connected remains unknown.

Available alongside the standalone game at launch will be the Trinity Masquerade Edition, which includes a 200-page art book and three unique reversible game case covers for all three games in the Bayonetta series. The three combine to form a single panoramic image. 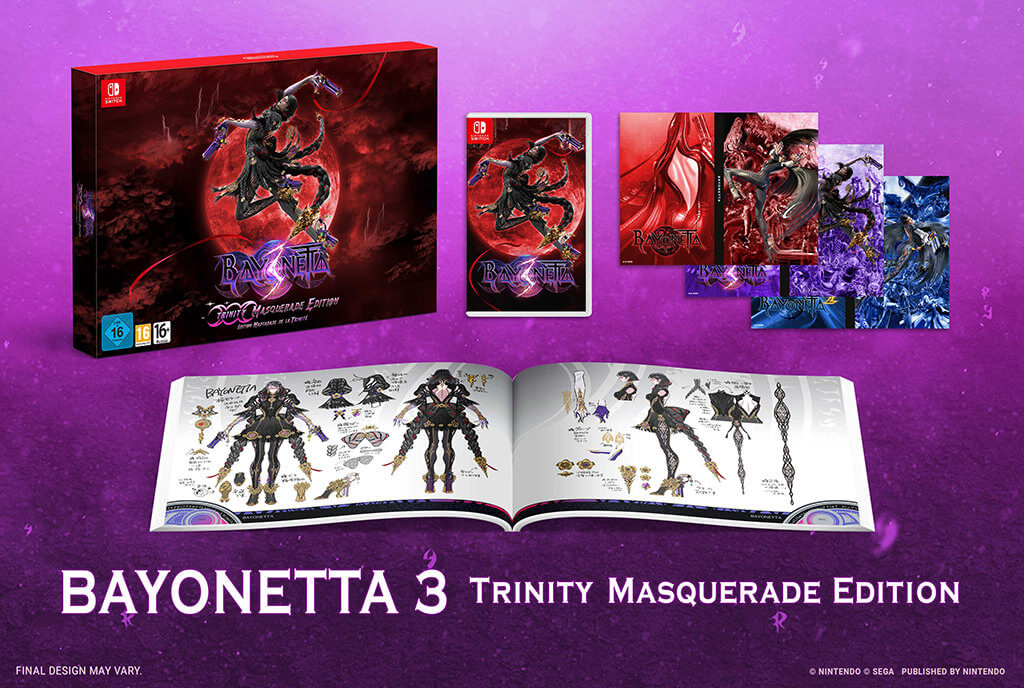 If you're wondering why this includes a retail cover for the original Bayonetta - currently only available digitally - Nintendo has also confirmed that the first Bayonetta game will receive a retail release on Nintendo Switch for the first time, launching on 30 September in all regions.