Advance Wars 1+2: Re-Boot Camp has been given a new release date of 8 April following a brief delay.

Advance Wars 1+2: Re-Boot Camp was previously announced last year, and was due to be released in December before being delayed. During the latest Nintendo Direct, it was confirmed for an 8 April release.

A new trailer for the game also showcased new modes and more gameplay, as well as nw features including fully-voiced characters. Local and online multiplayer are also included, as are online scoreboards and custom map sharing. 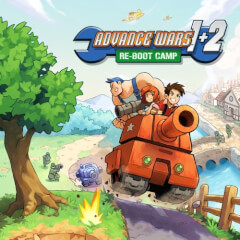