Announced during the Nintendo Direct for E3 2021, Advance Wars 1+2: Re-Boot Camp is the first game in the series to launch in more than a decade. It features remastered versions of the original Advance Wars and its sequel, Advance Wars 2: Black Hole Rising.

The game - which is being worked on by Shantae developer WayForward alongside Nintendo - launches on 3 December. It will also include online play. The full game description from Nintendo is below.

Advance Wars 1+2: Re-Boot Camp: Command an army in strategic, turn-based combat as a tactical advisor for the Orange Star Army. Your expertise is needed as you move land, air and naval units across the battlefield and unleash powerful CO abilities to turn the tide of battle. Take down enemy squads and capture towns and bases to secure victory and keep the peace. Keep an eye on the game-changing terrain and weather as you lead units across two campaigns that cover the events of the Advance Wars and Advance Wars 2: Black Hole Rising games! Advance Wars 1+2: Re-Boot Camp launches for Nintendo Switch on Dec. 3. Pre-orders start today in Nintendo eShop! 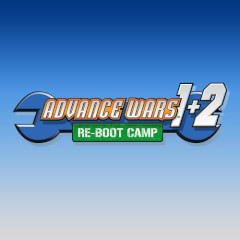