Ace Combat 7 to get new aircraft, skins, and easy mode

Ace Combat 7 will receive new DLC to mark the series' 25th anniversary, with three aircraft and multiple new skins to be added alongside a free casual mode.

Due to launch in the fall, the 25th anniversary DLC will include the ASF-X Shinden II, XFA-27, and CFA-44 Nosferatu aircrafts, all of which are returning from previous entries. New weapons, emblems, and aircraft skins will also be added as part of the DLC, and can be seen in action in the above new trailer.

Additionally, a free update for the game will introduce the "Casual Easy" mode, designed as an easier entry point for newcomers to the franchise. 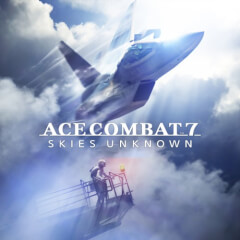