One of the finest games ever made sees the welcome return of a beloved Nintendo series. 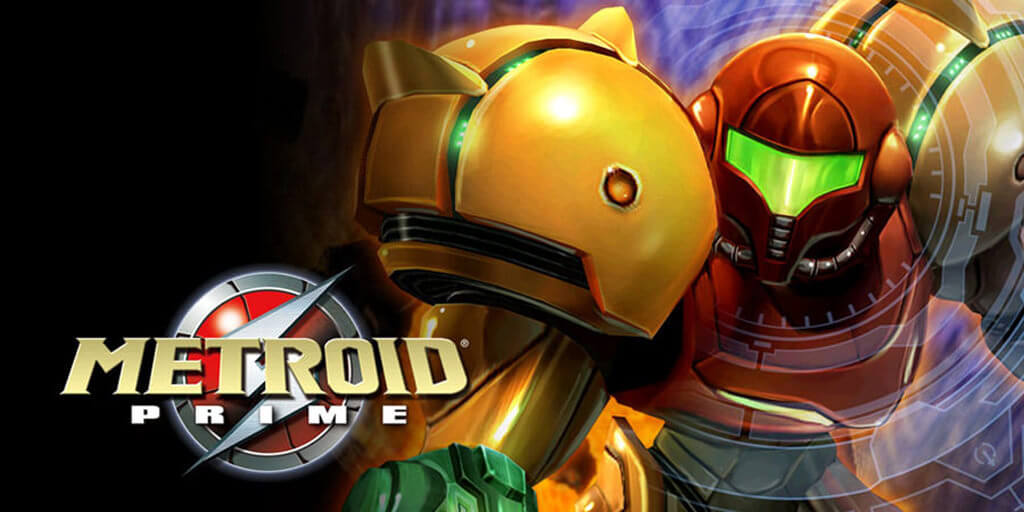 Sometimes, it's easy to forget when a series leaves you for a little too long. Take the F-Zero series, for example: the first F-Zero title launched in 1990 in Japan; the second, F-Zero X, launched in 1998. For eight whole years, F-Zero went quiet, and maybe that had a lesser impact because there'd only been one title. Metroid wasn't so lucky: off the back of 1994's critically acclaimed Super Metroid, fans had to wait eight-and-a-half years for the series to return, with rumours of a Nintendo 64 entry that never came about only making the wait worse. When the series did return, it did so in style with two games: one, a 2D platform adventure harking back to the days of Super Metroid; the other, a phenomenal first-person adventure that launched the Metroid Prime series, one of the most incredible series of games ever to launch for Nintendo home consoles.

Metroid Prime takes place after the original Metroid, opening with a stunning cinematic in which Samus Aran's gunship lands on an abandoned Space Pirate frigate as the bounty hunter jumps out onto the landing site. It's a fitting return after more than eight years away and begins an epic adventure which sees her fighting Space Pirates on the planet of Tallon IV, a vast world with massive terrains and familiar creatures to contend with. Her arrival on the frigate is only the beginning, as the events during her short time there are cause for serious concern: Space Pirates, parasitic experiments and - inevitably - Metroids can make for a very dangerous mix.

Metroid Prime is described by Nintendo as a first-person adventure title because of the amount of exploration involved within the game. At its core, Prime exhibits a number of recognisable aspects of a first-person shooter, though it puts its own unique stamp on the genre throughout, including the significant overworld which allows the game to be so rightfully considered an adventure in all senses of the word. Instead of being able to utilise different weapons, Samus can make use of a few different beam and missile types through her arm cannon; the most basic of these are the Power Beam and its charged variant, the Charge Beam. Samus is also able to enter Morph Ball mode in order to enter small gaps and plant Morph Ball bombs, while her visor provides a number of different configurations, one of the most important being the Scan Visor to check the surroundings.

At the very start of the game, you'll have the opportunity to try out a few of these, but - in a surprising turn of events you're only likely to find in a Metroid game - Samus suffers a nasty blow early on, knocking her back and playing havoc with her Varia Suit, rendering her unable to use anything but her basic Power Beam and leaving her vulnerable. When you get to Tallon IV, you'll begin by familiarising yourself with the overworld and looking for some of your lost inventory, but you'll pick up many more useful items along the way as well.

One important aspect of Metroid Prime which is handled particularly well is the need to backtrack in order to collect important items. In all fairness, it's not a necessity as much as it is a very useful option; though in some cases you'll need to backtrack to get a vital item, many of the items you can go back for are missile expansions, energy tanks, and the like. These provide you with more ammo and more life respectively, so it's certainly worth heading back at times to collect them. This whole aspect is handled mainly by door locks in some areas, which prevent you from reaching the rooms behind those doors until you've got the right item to take that lock off. For example, you might need a missile to break a door lock, and you won't immediately have missiles to hand.

Another key part of the game is the ability to use Samus's Scan Visor to scan anything you come across in order to gain more information about it. This includes enemies, which you can scan to learn more about, including their weak spots and attack strategies. It's a very good idea to scan as much as you can when you first enter a room, particularly anything that's new, since it gives you the opportunity to fill up your scan logs; some enemies, bosses in particular, will only ever appear once in the game. You'll also use the Scan Visor to activate elevators and other objects, including some doors, Morph Ball slots, and more. By getting into the habit of having a quick scan around new areas, scanning will soon become second nature to you, which will be incredibly useful as you progress through the game.

Rather than leaving visited areas empty - particularly larger areas which you wouldn't otherwise return to - you'll find that some areas will start to spawn new or stronger enemies if you do happen to backtrack for collection purposes. Going back when you're able to will certainly enhance your chances of finding new items, particularly if you make notes as you go along: even though the in-game map doesn't show the locations of items such as missile expansions or energy tanks, you can always make a note of the room's name so you remember to head back for such an item in the future. This is particularly the case as you get Morph Ball upgrades, as these will often enable you to access sections of existing rooms which you couldn't previously get to.

The world of Tallon IV is split into a number of different areas, the main "hub" of which is the Tallon Overworld with numerous elevators and pathways leading to more varied landscapes; each area has wildlife and enemies that vary wildly from anywhere else in the game. You'll usually find that you'll visit each area once or twice and that situations will arise often throughout your exploration of these areas, such as the finding of a lost item or the warning of Space Pirate activity. As you progress, you'll be shown on the map where something requires your attention, but your means of getting there is up to you; your detailed area maps will appear to be pretty empty until you start moving around, but finding each area's Map Station will provide you with the full blueprint going forward within that specific area.

The most recent version of Metroid Prime - the Wii version released as part of Metroid Prime Trilogy, and the version that's being reviewed here - features a significantly overhauled control system which greatly improves on the GameCube original. In particular, Samus's Arm Cannon is aimed simply by pointing the Wii Remote at the screen, giving you the chance to shoot exactly where you want; for more precision, you can also lock the screen in place or target enemies by holding the Z button on the Nunchuk. The + and - buttons are used to switch between beams and visors respectively, while pressing down on the Control Pad launches a missile, which will head directly for its target if you're locking onto something. The new controls work seamlessly and give the game a much more enjoyable feel, which is saying something when you think about how well the game was received when it first launched.

Prime has fared incredibly well in its move from GameCube to Wii and - if it's possible - looks better than ever, with stunning locations and landscapes doing the game total justice throughout. From the vibrant landscapes of Magmoor and Phendrana to the dead, ashen landscapes elsewhere on Tallon IV, the game delivers on incredible locations with a brilliant soundtrack that's in keeping with the overall theme throughout. Every aspect of the game, from the heads-up display and the in-game menus to every part of the gameplay itself, has been given a great deal of thought, leading to hugely impressive presentation overall.

Metroid Prime marked one of the rare occasions in which a beloved Nintendo series had switched genres so dramatically, but there was no better series to do it with: particularly when looking at Super Metroid, it's clear that the Metroid series was a perfect fit for the first-person shooter (sorry, first-person adventure) genre. Particularly after an eight-year wait, anyone would have been pleased just to see Metroid return in its original guise as it did in Metroid Fusion - but Metroid Prime was a considerable bonus, and one that GameCube owners around the world were incredibly thankful for.

There's no question that the same is true all this time later, since Metroid Prime has been revitalised on Wii with improved visuals and a brilliant control scheme. The entire game is as sublime as it always was, featuring stunning gameplay, fantastic landscapes, brilliant enemies, a vivid storyline that doesn't engulf the experience, and much more besides. Anyone with a GameCube, Wii, or Wii U should try to get hold of a copy of Metroid Prime, whether it's the GameCube original or the new version in the exceedingly rare Metroid Prime Trilogy, and take a look at what remains one of the greatest games Nintendo and Retro Studios have ever made.