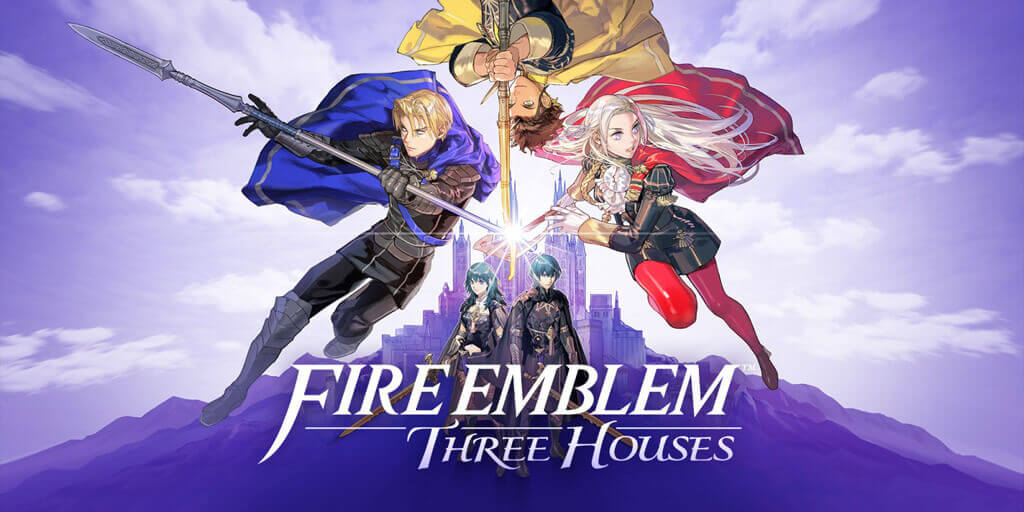 I've enjoyed the Fire Emblem franchise for years, but Path of Radiance and Radiant Dawn both hold a special place in my heart; they were the first Fire Emblem games on a home console outside Japan, after all, being released for the GameCube and Wii respectively. Years later, as such a fan of those games, the 3DS additions - despite Awakening being responsible for revitalizing the series - felt somewhat weaker in comparison, and I worried about the direction in which the series was headed. I was hopeful that Fire Emblem: Three Houses would fix some of my issues with the 3DS games and bring something new to the table; now that I've put more than 60 hours into it, I can safely say that my initial concerns have been put to rest.

You play as Byleth, a mercenary traveling with their father. As you're preparing to leave a town one night, Byleth saves the lives of three young nobles from the nearby Officers Academy located at Garreg Mach Monastery. After speaking to the divine leader, Rhea, Byleth is offered a teaching position at the academy - and just like that, the same feeling of choosing your first Pokémon comes rushing back. There are three houses (surprise!) at the academy, each led by one of the nobles you saved at the beginning of the game - Claude, Edelgard, and Dimitri. Each house has eight students, including the house leader. Students can specialize in almost every class available, so if you feel like using strictly archers in battles, you can do that!

Garreg Mach Monastery is the centerpiece of Fire Emblem: Three Houses. I often felt like previous games grew stale fairly quickly, since one battle after another tends to get tedious; this isn't an issue in Three Houses, as Byleth can explore Garreg Mach Monastery and perform a slew of tasks while traversing the school. Having tea with your students, taking part in a weapons tournament, and gardening are but a few of the tasks available. I wouldn't be surprised if I spent more time in the monastery than I did on the battlefield. Students from other houses can also be recruited here, depending on Byleth's strengths and their relationship. Sharing a meal, giving a gift or inviting them to tea can all improve your relationship with them, as well as unlocking support levels. These levels - C, B, A, and the strongest bond, S - all feature cutscenes that delve deeper into the relationship of the characters. All students have support levels with each other, meaning you have a lot of work to do if you plan on unlocking every one of them. The game's overall narrative is separated into two parts, with the second changing depending on which of the three houses you've chosen. Whichever you choose, you'll find the full story taking at least 50 hours - often more - to complete.

I understand if that's not your cup of tea, so let's move on to combat. The series' traditional weapon triangle is gone and in its place are combat arts. By expending more of your weapon's durability, characters can perform a powerful attack against an enemy; for example, something like Axe Breaker does extra damage against enemies with axes. Characters can unlock these attacks by leveling up their abilities. These attacks are great early in the game but become suboptimal as the game nears the end. The magic system has also been reworked and no longer follows the same rules as weapons. Each spell now has a set number of uses per battle, with this replenishing before the next fight. Early on, the number of uses a spell has is very low and runs out quite frequently, but this isn't an issue later on as magic users become more powerful and complex. Spells no longer take up any space in a character's inventory, so they stick around for the entire game. With this change, mages feel like powerful spellcasters now, and it's about time.

As a professor, there's more to your job than just having tea and fishing. The game is broken up into months and you're given a free day each week to explore the monastery, view a seminar to level up your abilities, or you can skip your free day entirely; students have a motivation meter that depletes when they're leveling up their skills, and skipping a free day will allow your students to rest up. I never thought teaching could be fun, but here I am eating my words. This can all be automated to take no time at all, but the added effort of choosing what ability to increase for each character just added to my love for all of them.

Additionally, Three Houses introduces new movement and camera styles. In battle, you can now move your characters freely instead of using the grid; it's a fun idea, but not useful in practice. Similarly, the camera's updated third-person view doesn't show much of the map, and I lost a lot of the time trying to use it. Still, I think it's a good idea and would love to see it expanded upon in the future.

Unfortunately, though, Three Houses isn't quite the perfect game. There is a ton of asset recycling that becomes apparent after you've been playing for several hours. Characters share many of the same gestures used in the cutscenes, and while this isn't a big deal, it can take you out of the cutscene when you do notice it. Battle maps are also noticeably reused; unless you're playing a story mission, you'll be revisiting the same maps with different enemies many times over. Another minor issue I had was the lack of interaction with the many animals around the monastery. It's 2019 - let us pet the dog!

What's most notable about Three Houses is the voice acting and story. Every piece of dialogue is wonderfully performed, giving huge depth to the narrative, characters, and world - and the soundtrack is equally incredible. The combat has been simplified somewhat compared to previous titles, but not enough for veterans to be upset. The game's pre-rendered cutscenes are gorgeous, and though the in-game cutscenes get a little repetitive, they're also very impressive.

Overall, Fire Emblem: Three Houses annihilated all of my expectations. The combat is a bit different from previous games, but change is a good thing and I enjoyed how streamlined it was. By the end of the game, I loved each one of my students and was sad there was no more story - the ending was great, but I in no way wanted my experience to be over (thank goodness for New Game Plus). With three different stories to follow, Three Houses is arguably the best Fire Emblem game to date, as each playthrough offers a unique experience. Intelligent Systems has truly outdone itself, so do yourself a favour and play this must-have experience for yourself. 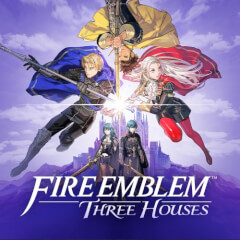