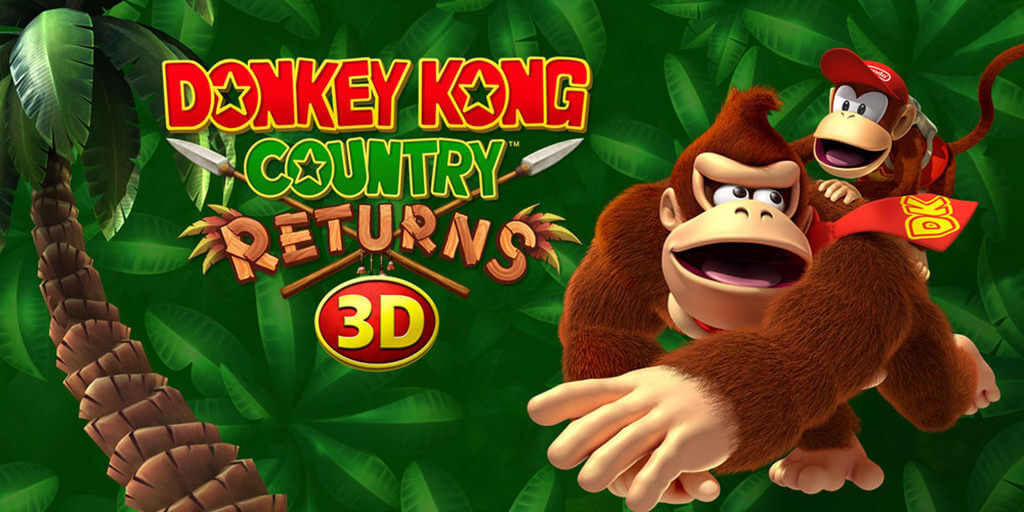 It's been two-and-a-half years since Retro Studios brought us one of the most challenging and enjoyable platformers to grace the Wii. First revealed at E3 2010 - one of many surprises at that year's event - Donkey Kong Country Returns included a mix of classic elements from the original trilogy while blending in some brand new gameplay mechanics at the same time, resulting in a fine return to form for the Kongs, who had long been out of commission where true platformers were concerned. Just a couple of years after the game was the subject of one surprise announcement, it was once again a hot topic as Nintendo announced the game would be coming to Nintendo 3DS, further bolstering the handheld's already impressive software lineup for the year ahead.

One key aspect of Donkey Kong Country Returns 3D that is vital to know before anything else is that the game isn't just a straight-up port: new developers Monster Games - Retro aren't involved this time - have rebuilt the entire game from the ground up, adding a number of new features along the way and resulting in quite the hefty game for fans of digital downloads, who'll need to clear a little over 2.2 GB of space for it on their SD card. Nintendo are describing the game as an "enhanced version" due to its extra features and the addition of 3D visuals on Nintendo 3DS, though being a new release, you'd expect that anyway.

In Donkey Kong Country Returns 3D, a strange tribe of musical beings called the Tiki Tak Tribe has invaded Donkey Kong Island and has set its sights on Donkey Kong's glorious banana hoard. Rather than just run in and steal it like boring old criminals, the beings instead use their wacky rhythmic abilities to hypnotise the island's animals, resulting in the sight of hundreds of bananas being dragged away by spaced-out giraffes, rhinos and parrots. At the very least, while you're considering exactly what you're watching and how in the world it's come about, you'll be impressed by the wonderful visuals of the game's opening sequence.

The same can be said of the entire game, in actuality, and it's very easy to see why Monster Games opted to rebuild the game rather than port it: every level is just as visually impressive as it was on Wii - much of the game even looks as though it was developed with the 3DS in mind - and the inclusion of 3D really lends perspective to the backgrounds. The level of depth can be a little strong at times, so placing it at half strength or just above is likely to provide the best visuals for most people, though the game also looks excellent when played in 2D. Having played the game on a Nintendo 3DS XL, though, we would have to question exactly how the game would look on a regular Nintendo 3DS; our concern would be that things might appear too small on its smaller top screen.

Donkey Kong Country Returns was a challenging game at the best of times - some of its later levels were nothing short of infuriating - so it comes as little surprise that this "enhanced version" comes with a few extras to help beginners along. The good news for seasoned experts is that this is entirely optional, as the game can be played in one of two modes: the Original Mode, which is exactly the same as the Wii version; and New Mode, which gives players some new items to make the game a little easier without changing anything about the levels or enemies themselves. On the face of it, then, both modes are very similar - after all, nothing in the levels themselves has been changed at all - but the new items make a considerable difference.

The most notable change in New Mode is that Donkey Kong and Diddy Kong both have three hearts instead of the two hearts they have in the Original Mode. Whenever both are paired up in single-player mode, Diddy Kong will lose hearts first, then Donkey Kong's hearts will be lost whenever an enemy or obstacle hits him. Diddy Kong rides around on DK's back in single-player, so unlike in the original Donkey Kong Country trilogy, the two can't be switched around to lead, but the upside of this is that DK can use Diddy's jetpack to make it easier to reach platforms and hover in the air.

Players also have new items at their disposal in New Mode, making it easier to get through levels without having to restart them. DK and Diddy can hold up to three additional items at once and, by collecting Banana Coins scattered throughout levels, can purchase these items at Cranky Kong's shops. The most recognisable new item is the DK Barrel, which can be used should Diddy Kong lose all three of his hearts; by simply selecting the item, Diddy can be brought back immediately. Another item is the Green Balloon, which can sometimes - but not always - bring you back into a level if you fall down a hole or off the level somewhere. Undoubtedly the most helpful new item is the Crash Guard, a potion that lets you take one hit to a mine cart or rocket barrel without damage, so by taking three into a level with you, you can essentially have three safe hits.

You'll also collect items throughout levels, which will help increase your completion total and unlock extras in the game's galleries, such as concept art and dioramas. Each level - not including boss levels - has two different types of collectibles hidden away: one is puzzle pieces, of which there are between five and nine in each level; the other is the well-known K-O-N-G letters, making their return from the original Donkey Kong Country games. Naturally, there are rewards for collecting as much as possible in the game, which is just as well considering how difficult some of these are to get. Puzzle pieces are well hidden in crevices and off-screen most of the time, while some - thankfully only very few - K-O-N-G letters are insanely difficult to collect in single-player mode.

The game also features multiplayer options, as two players can join up in co-op mode as long as each has a Nintendo 3DS or Nintendo 3DS XL system and a copy of the game (Download Play isn't supported). Players either have the option to travel together as in single-player mode, where Diddy Kong rides on DK's back, or  separately, allowing both DK and Diddy to make their way through the levels separately. When on his own, Diddy Kong is still able to use his jetpack to hover in the air, but can also make use of a peanut gun to attack enemies with, since he obviously doesn't have the strength Donkey Kong does. The lack of a Download Play option - even just a limited one with a small number of available levels - is a shame, since co-op isn't as accessible in this version as in the original.

The more limited pull of co-op play in the Nintendo 3DS version of the game is one example, many would assume, of the game suffering from being downsized in such a fashion. While this is an understandable concern, it's mostly unfounded, as in fairness, co-op has come off worst from the move. Obviously, the game's visuals aren't as good as in the Wii version, but they remain excellent nonetheless and some of the best on the Nintendo 3DS so far. Similarly, the gameplay has survived well, as has the soundtrack, and perhaps most notably the controls; motion controls are not available in this version of the game, though those intended for use with the Wii Remote in the original were implemented well. A couple of control options are available, the default of which uses A and B as jump buttons and X and Y as action buttons, while grabbing actions are done with L and R.

There are two kinds of gamers in this world: those who have played Donkey Kong Country Returns on the Wii, and those who haven't. For those who have, Donkey Kong Country Returns 3D is difficult to recommend on a general basis, because even though the game remains excellent, the gameplay itself remains largely unchanged. The two main differences are the controls, which work very well and will appear as nothing short of a miracle to anyone who didn't like the Wii version's motion controls, and the addition of a special ninth world, only accessible to those who manage to collect everything the game throws at them. If either of those two things excite you, or if you're feeling nostalgic less than three years after the launch of the original, then this is more than likely going to be the next game on your wishlist.

On the other hand, for gamers who never played the original or for those who found its difficulty level too great to make any real progress, Donkey Kong Country Returns 3D comes highly recommended. Retaining the same gameplay we've come to love from the Donkey Kong Country series and incorporating 3D visuals, improved controls and added extras, the game ranks high with the likes of Super Mario 3D Land as one of the best platformers on Nintendo 3DS. The addition of New Mode makes it the ideal starting point for anyone wanting to get started with the Donkey Kong series, while the Original Mode entices beginners to try a tougher challenge upon beating the game for the first time. It might not be an original platformer, but it still manages to make excellent use of the Nintendo 3DS and is one of its most enjoyable first-party titles to date. 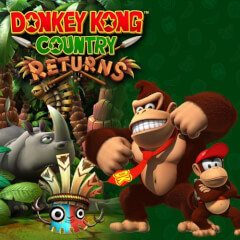