The end of the world has never been more fun. 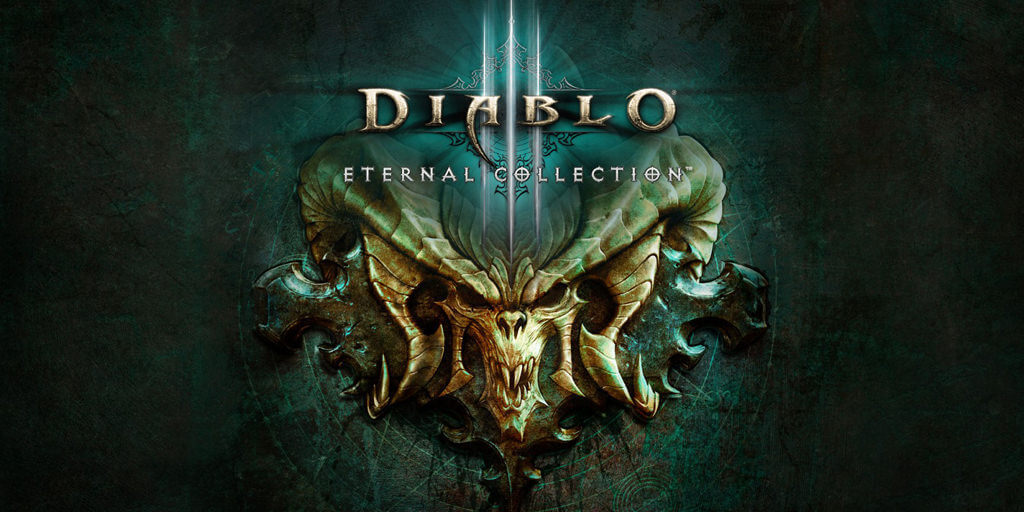 Back when Diablo II was first released, I lost hours upon hours attempting to save Sanctuary from Diablo and his brothers. The eerie, forlorn visuals and emphasis on a darkened palette throughout the game tell a powerful story before any words are said. I had originally missed out on the series' third instalment, which launched for PC in 2012, but that is no more thanks to the release of Diablo III Eternal Collection on the Nintendo Switch. The announcement was a surprise to me and many others, and I was more than a little sceptical; I've never played console port of a PC game that I've found to be enjoyable. My concerns were quickly put to rest within my first half hour of playing, and I've had trouble putting it down ever since - Diablo III is a powerhouse dungeon crawler that anyone can pick up and start enjoying.

The story of Diablo III starts 20 years after its predecessor; you, as the hero character, are investigating a recently fallen star near the town of New Tristram. Shortly after aiding the town in fighting off a few undead monstrosities, your hero meets up with Leah, the niece of Deckard Cain, whom long-time fans of the franchise will know as a familiar and friendly face. Leah informs you that Cain hasn't returned from investigating the crater the fallen star created, at which point your hero agrees to assist in searching for him, triggering a series of events that will have you travelling across Sanctuary to save the fate of the world.

The story, while interesting, isn't likely to grab your attention over the main attraction of the actual gameplay. Diablo III features a ton of dialogue, and even more expository lore that - while intriguing - adds nothing to the actual story, often speaking of events that precede the game, if not the entire series. With so much extra information, it can be somewhat aggravating to listen to just about everything the game has to say. Much of the dialogue lacks emotion and fails to maintain any connection with the characters and the problems they face. By the third act, I was skipping dialogue just to get to the more exhilarating parts of the game: killing demons and upgrading my character's gear.

Players of Diablo III on other systems might be aware of Adventure Mode, an additional mode that unlocks after beating the game once; for players on the Switch, this highly engaging mode is available from the off. In the Adventure Mode, instead of playing the story several times over, each act has bounties to kill certain bosses or unlock cursed chests guarded by hordes of monsters. Experience and items are the primary rewards, as well as some additional goodies that I'll leave you to find out about for yourselves. Once you've played the game through, this mode is the real bread and butter of the game, adding a huge chunk of replayability to the experience.

Most of the combat in game is just button-mashing with no thinking involved, apart from selecting your ability loadout, as you can use a number of abilities at once depending on how they're assigned to the buttons on your controller. I normally dislike games like this, but there's more to the combat under the surface. Killing at least 10 demons in quick succession creates a combo, and the higher the combo, the more bonus experience the player gets. A similar bonus also happens when players chain together destroying random objects throughout dungeons, increasing your character's movement speed for a little while. Each character class - of which there are seven in total - has a wide variety of different abilities, giving you a sense of customization when it comes to playing your character. Some abilities do a lot of damage to a single demon, while some hit a ton at once, but might only hurt as much as a strong gust of wind.

Each class feels unique, but none of them stand out as being any stronger or better than the others. They all have their ups and downs, and Blizzard has really nailed the balancing of each class, at least for anyone playing casually. I generally tend to play melee classes in games like this, and as such, I started off playing as a monk right off the bat, much to my enjoyment. In comparison, the wizard can't take nearly as many hits as the monk, but can deal considerably more damage. After two complete playthroughs, I played each class to see what I was missing. Every time I tried a new class, I ended up spending an extra hour or two playing as I lost track of time - much like I did with Diablo II.

I spoke of character customization earlier, but apart from changing the colour of items, you're not able to change anything visually. This is the opposite for items and abilities, however: every ability can be customized to achieve different effects by unlocking "runes" as you level up. These can change each skill in a variety of different ways, whether by adding elemental damage or by allowing a previous single-target skill to hit multiple instead. In a similar vein, each item you come across is randomly generated in relationship to the area you find it. The better the item, the more worth it is to enchant it to give it more magical properties to further power up your character. Rarer items have special characteristics, such as life healing or experience gain while equipped, and some can also be imbued with gems to further enhance these special stats.

Conceptually, Diablo III is a great fit for the Switch, as it's a game that's meant to be played with others. At first, I thought trudging through menus meant for a PC game would bog down the upbeat gameplay, but my concerns were put to rest once I saw how effortless Blizzard made everything. That being said, there's no easy way to play with people online unless you're on each other's friend lists on the Switch; there's no menu to select somebody else's game, so you're left searching for an online game that probably doesn't exist. Instead of automatically finding a game with someone close to your level, you have to input several very specific options - your preferred act and difficulty, and which mode you're playing - meaning that unless lady luck is shining for you, there's no easy way to play with random people. That to me is devastating, because the game is incredible when playing with others; I've tried different times of day, different levels, acts, and difficulties, and I've still yet to play with someone who wasn't on my friends list. This would be a non-issue if Blizzard had included a games lobby, or something along the lines of automatic matchmaking.

Diablo III is an excellent dungeon crawler, and an even better addition to the Nintendo Switch's stellar line-up. It's fun, it's creepy, and I've already lost more hours killing hordes of undead, demons, and everything in-between than I'd care to admit. I'm still hopeful that playing online with other people is possible, and improved PvP would be an added bonus. The story may not be the most enthralling, but the adventure mode more than makes up for it, adding such replayablility that you'll have a character for each class by the time you're bored. Overall, then, Diablo III is an easy recommendation if you're looking for some fantastically presented gameplay and combat.

As a newbie to the Diablo experience, I found the gameplay to be enjoyable and addictive - if a little samey - right off the bat.  The game's seasonal feature, which allows you to start a new adventure with a new character while reaping season-specific benefits, is a fantastic way to get you to keep playing this already highly replayable game. It's surprisingly easy to learn the ins and outs of, and is perfectly playable offline - which, given the awkwardness of finding players online, is definitely a good thing. I'd wager that if you didn't know this was originally a PC game, you wouldn't be able to tell, as its visuals and menus are extremely well optimised. This is a fantastic experience to have on the Switch and one that deserves your consideration if you're a fan of any kind of action-based games. 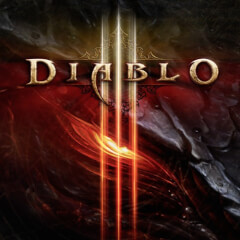