A great Zelda tribute makes for an amazing story in its very own right. 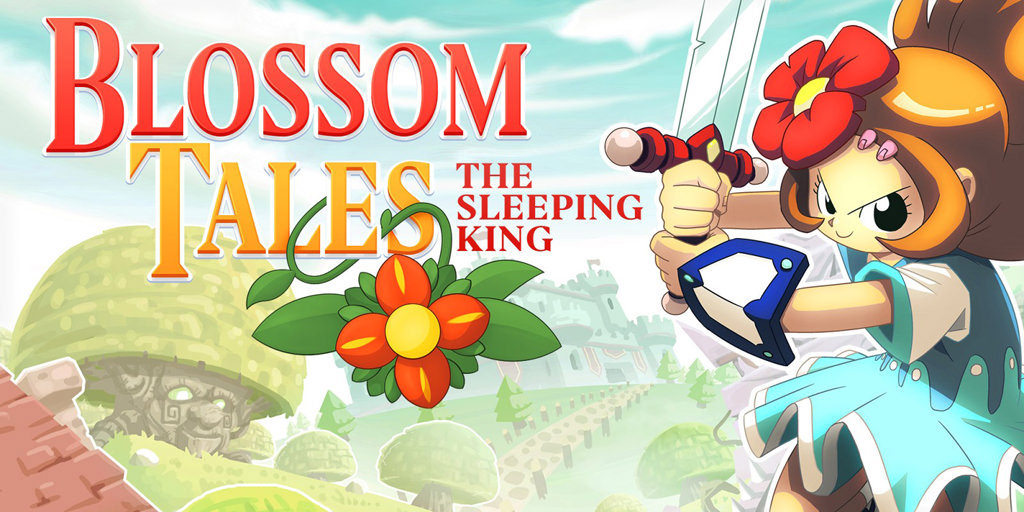 Blossom Tales: The Sleeping King is one big love letter to The Legend of Zelda, and it shows from the minute you start playing. The latest Switch offering from publisher FDG Entertainment, Blossom Tales is developed by Castle Pixel and made its debut on Steam in March 2017; by making the jump to the Switch, you would be forgiven for being a little cheeky and suggesting that it might be the second-best Zelda game the system has to offer. It's been delicately crafted, and the result is an adventure that's as wonderful to play as it is charming.

At its heart, Blossom Tales is a story being told by a grandfather to his two young grandchildren. It's an idea that adds real charm throughout, as well as a bit of interjection here and there; the kids will sometimes comment on the twists and turns the story takes while it's being told to them, which is a wonderfully unique touch. The story revolves around Lily, a new knight from Blossom Kingdom, at a time when the king has been cursed into an eternal slumber by his evil brother, the wizard Crocus. Lily is tasked with travelling around the kingdom to retrieve three sacred ingredients, which will enable the king to awaken once more.

As Lily, you're able to use your sword to attack enemies and objects with the A button, and you also have two further item buttons for additional inventory items. These can include weapons such as bombs or a boomerang, and other useful items such as healing potions, although you might find yourself switching items around a lot with only two item slots. Rather than keeping stock for your weapons, you have a green item meter which depletes as you use items, and replenishes itself fairly quickly as well. It's a neat idea borrowed from The Legend of Zelda: A Link Between Worlds, and prevents you from overusing weapons other than your sword while ensuring you can't "run out" of things like bombs or arrows.

You'll be using your weapons plenty as well, as there are a wide variety of enemies scattered around Blossom Kingdom, and the enemies you encounter will differ depending on which part of the kingdom you're in. You could be up against bandits or stone golems, for example, and each enemy is cleverly designed so that you can figure out what their patterns are and quickly think up the best way of defeating them. You do sometimes get put in a sticky situation if you're swarmed by a lot of enemies, but sometimes you just have to soak up the damage as much as you deal it out; thankfully, you can obtain more hearts for your life meter as you progress through the game, and can expand this further by collecting four heart pieces to make a new container. (We've no idea where they got that idea from.)

Coupled with the game's glorious retro visual style, its fantastic design makes for an impressive world. Outside the green fields inside and outside the castle, the first two areas you'll visit are a forest and a swamp, and these each have their own impressive style and sound, as do the areas you'll encounter later in the game. On the subject of the music, this might be one of the best game soundtracks of the year, with some truly memorable themes all the way through the game; while you might hear little bits that remind you of other great melodies, such as Zelda and perhaps even Golden Sun at times, there's no denying that the soundtrack is uniquely Blossom Tales through and through.

The high level of design carries on into the dungeons, which again join up some good old Zelda inspiration with a few unique ideas. Dungeons are impressively lengthy without feeling too long-winded, and blend the action of defeating plenty of enemies with the challenge of completing a number of puzzles throughout as well. We particularly enjoyed the floor puzzles, which task you with stepping over each tile in a pattern without repeating yourself, although some puzzles in which you have to remember a musical pattern can get a little tricky unless you resort to writing it down as it goes on for longer. Each dungeon has at least one big fight before the challenging end boss, all of which are brilliantly designed and highly enjoyable.

There's a decent bit of humour among the adventure as well, some of which comes directly from the grandkids. It's particularly heartening to see how they've become involved with the story when they start to bicker about some details, such as whether the leader of the bandits should be a pirate or a ninja, or when they show disdain for that one chest in the middle of a room that really should be guarded by more enemies than you can shake your sword at. Some of the NPCs chime in with funny lines and clever writing from time to time, although for the most part they're a touch on the generic side and aren't likely to tell you much of value. All the same, the quality is clear to see and is always there when it counts.

Despite its obvious nods and references to the Zelda series, Blossom Tales: The Sleeping King manages to provide a wonderful and enjoyable experience all of its own. If you jump into it thinking it might just be another Zelda tribute act, you'll be in for a surprise, as the game's story, characters, music, and more will stick with you long after you've finished playing. It makes us wonder how good a potential sequel could be with even more grandeur, given how impressive many of the original aspects of the game are. This unassuming adventure might often be billed on - and praised for - its love of a legendary series, but that does it an injustice, as it's a game to be enjoyed on all its own merits, and one that's easy to go back to time and time again. 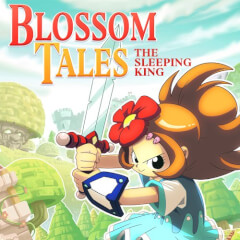