This pure Platinum experience shines through as the most thrilling game in a generation. 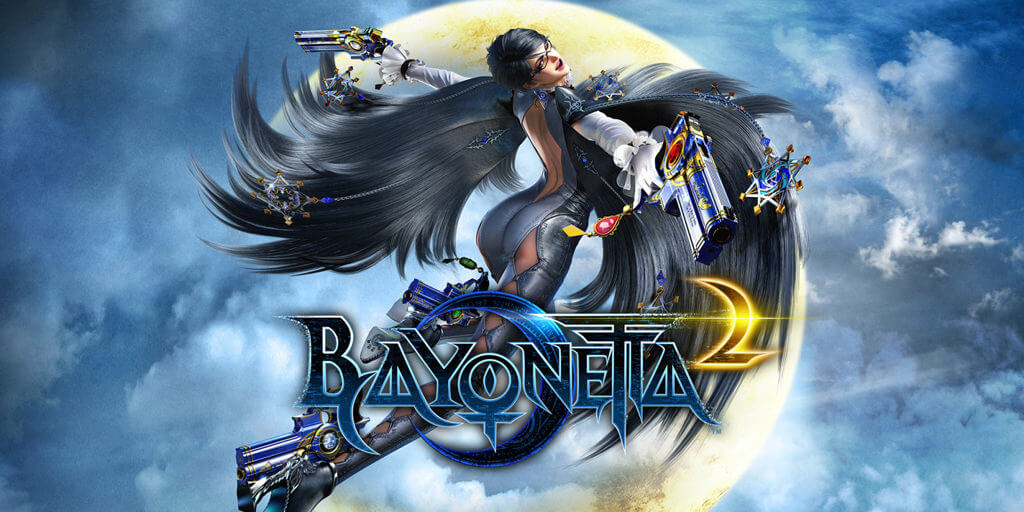 When Bayonetta was released in 2010, it was lauded by many as one of the finest action games of recent times. PlatinumGames and SEGA had joined together to bring something completely unique to the table, so much so that it has remained a hugely popular title ever since. The initial announcement that Bayonetta 2 would launch exclusively for Wii U sent the internet into meltdown, but while one very vocal faction despaired at its exclusivity to a Nintendo platform of all things, many fans rejoiced purely at the game's existence. The release of The Wonderful 101 sought to confirm the fact that, yes, PlatinumGames could still push the boat out and provide an exceptional gaming experience in a new and unique fashion; Bayonetta 2, it has to be said, is the pinnacle of that very sentiment.

What makes Bayonetta 2 so special is the fact that it is in no way diluted. Anyone who played Bayonetta will find its sequel instantly recognisable in many ways; even fans of The Wonderful 101 will find themselves back in a very familiar gameplay structure. That said, knowledge of Bayonetta or The Wonderful 101 is certainly not required to enjoy Bayonetta 2, which provides opportunities to learn throughout, despite being as action-packed and fast-paced as it is for much of the story. Bayonetta 2 doesn't seek to alienate newcomers, instead opting to provide a very unique experience that is as intriguing as it is enthralling; it does this by offering a gameplay structure which will always keep you coming back for more.

At the heart of Bayonetta 2 is a quest to save Bayonetta's friend Jeanne from the depths of Hell after a demon summon goes dreadfully wrong. The game takes place just a few months after the original Bayonetta, with much of the cast - including Luka, Rodin, Enzo, and Jeanne - returning from the first game alongside Bayonetta and several newcomers, including young boy Loki and the mysterious Lumen Sage. The game's storyline is split into chapters, each containing a significant bulk of the story and usually quite a large number of missions to complete; you can also choose between three different difficulty settings, each of which slightly tweaks the gameplay while also amending the amount of health available to you.

It soon becomes clear just how much replayability Bayonetta 2 brings to the table when you take a look at your progress report at the end of every chapter. You'll receive a rank for each mission you complete within the chapter, and then for the chapter itself; you'll be ranked Stone, Bronze, Silver, Gold, Platinum, or - for those truly exceptional runs - Pure Platinum, so going back to better your scores is one very good reason for replaying chapters. You're also likely to find that you've missed some missions entirely when you get to the end of a chapter, unless you've searched every nook and cranny available to you, so it's another challenge going back to try to find those well-hidden missions and enemies.

Combat in Bayonetta 2 provides you with many different options, giving you the chance to try out various combinations and weapons. Bayonetta equips four weapons - two to her hands and two to her legs - and these will change the way you fight and the effects of the attack combos you pull off. Loading screens give you the chance to try out combos and to see exactly what you're doing, as well as the number of times you've performed each combo. You'll use one button for punching and one for kicking, and holding down a button mid-combo can also provide an extra effect - like shooting if you've got guns equipped - without interrupting the combo.

The addition of a new battle technique - the high-powered and devastating Umbran Climax - further adds an immensely satisfying kick to the action, not to mention to your opponents' teeth. You'll also learn how to quickly dodge enemy attacks to bring about Witch Time, slowing down time to let you retaliate in fantastic fashion. It's vital to learn about attacking and dodging methods in earlier chapters, because many enemies in the later stages of the game will eat you alive if you're not quick enough on your feet, but this is simply another instance in which easy replayability can be a huge benefit.

It might sound difficult from the off, but even if you start off with a little bit of button-mashing, the game will forgive you for it in the early stages; after all, everybody has to start somewhere. This is one of the reasons we see such great benefits in being able to replay chapters at any time, because not only does that give you the opportunity to better your scores and rankings, it also lets you hone your skills against tricky opponents. The game's difficulty level naturally progresses, and it can get very difficult as a result - though never unfairly so - so the ability to return to earlier chapters can be very helpful at times. It also gives you the opportunity to collect halos, the in-game currency used to purchase items and weapons at the Gates of Hell, a shop run by Rodin to provide handy items throughout the game. You'll also find a number of vital items throughout chapters; one example is the Witch Heart, which you'll collect four separate parts of to boost your health meter.

One of the game's new modes is Tag Climax, an online co-op mode for two players which has you taking part in six different verses against enemies from the main game. There are a total of 52 unique Verse Cards to collect throughout the game, each one featuring a different enemy or group, and you and your opponent will take it in turns to select which verse will be played next, up to a total of six. It's another way in which replaying chapters and fighting tough enemies will pay off, since it'll undoubtedly give you the edge when you pick your own Verse Cards if you can pick an enemy you know you can easily defeat. Tag Climax is also a great way to easily collect halos if you've got the skills for it, since you can bet halos to collect if you win a verse.

When you're not torturing bad guys in Story Mode, you'll be travelling through some fascinating locations, and it's often worth spending a little bit of time just looking around. The city of Noatun is a prime example of the sheer level of work and dedication that's been put into Bayonetta 2; it's one of the first locations you'll encounter in the game, and it's staggeringly beautiful. While the visuals are incredibly impressive throughout the game, your arrival in Noatun marks the first time you get to stop and take in your surroundings, and there's no better place to be able to do that. It's in stark contrast to the nature of the rest of the game, but it's a real blessing to get the opportunity to look around, familiarise yourself with how the game is going to work - for example, how it's going to hide useful items away from you, and how you'll be doing quite a bit of exploring in similar environments - and it's one of the highlights of the entire game, which is really saying something.

Even with phenomenal gameplay and fantastic visuals, Bayonetta 2 never stops trying to impress. Its soundtrack is excellent throughout, as is its voice acting, which certainly knows how to make you chuckle at the best of times. The game's cutscenes and overall presentation just seek to prove the fact that the development team has cut no corners, nor has it stopped at mere excellence or near-perfection. The gameplay is too frantic and too exciting to ever be considered anything short of exhilariating, and some locations are just so mesmerising that every visit will feel like your first. There's no denying that, if you want polish, this is where you'll find it.

All of that - not just the gameplay, but the entire experience - makes Bayonetta 2 a very easy recommendation. It doesn't matter if you've never touched the series before; if you like the look of the game, or if you enjoyed the free demo available from Nintendo eShop, this is definitely one for you. There's very little like it in the gaming world right now, and the fact that its prequel is also available on Wii U just boosts the belief that, if this is a series you're looking to involve yourself in, there's nowhere better to do it. PlatinumGames has created a thrilling experience which is always going to pull you back in for more. 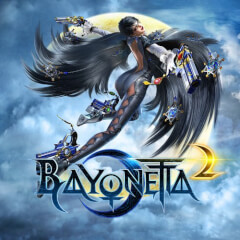